From the archives: when my parents visited in September, we took in a Renaissance Festival at Burg Satzvey, a castle about two hours north of us on the outskirts of Cologne, between the towns of Mechernich and Euskirchen.

The castle, while small, is beautifully preserved and picturesque. 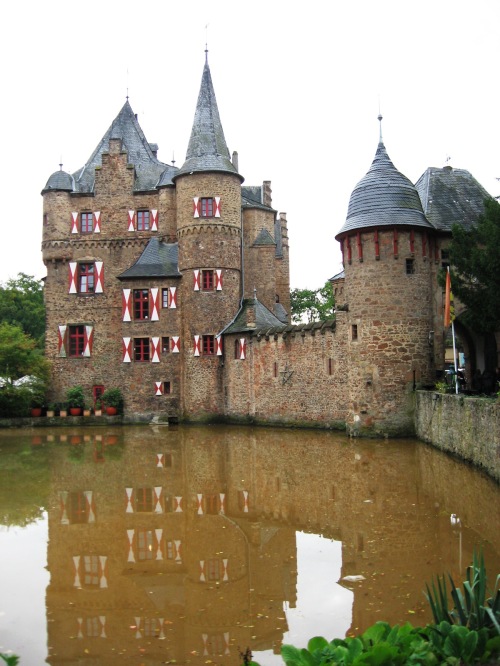 The castle remains the seat of Count Beissel von Gymnich who, as far as I could tell, was not in attendance.

The event that attracted us to the castle was a Renaissance Festival, and the accompanying knight play. The festival was neat, and added lots of flavor to a tour of the castle grounds. 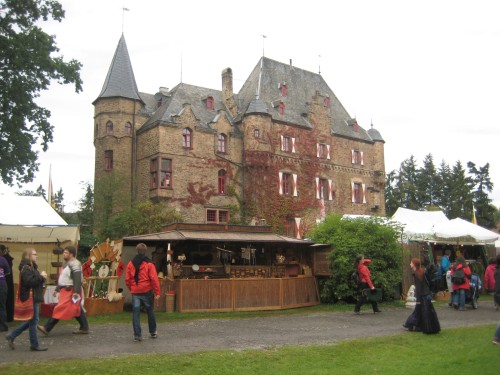 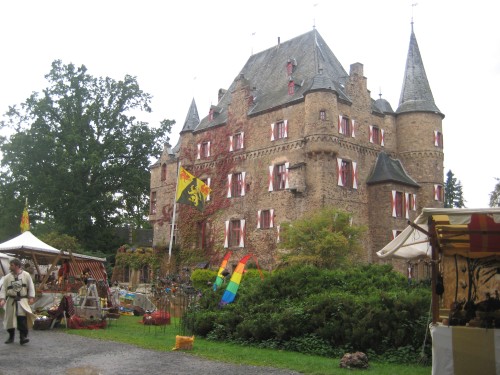 Even the kids got into the act: 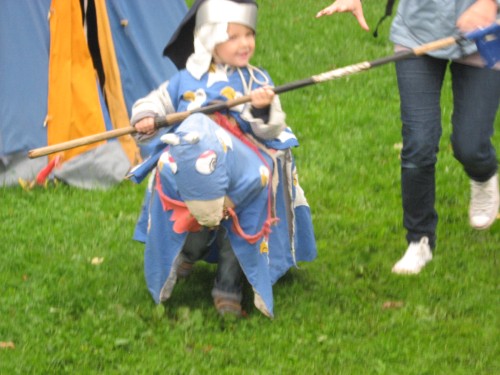 The main event, though, was the “Ritterspiele”, which translates literally as “Knight’s Play”. It was a play that involved lots of swordfights and jousting; basically, my dream movie acted in live action. The problem was that it was all in German, and my German is sub-par, at best. I can tell you this. There was jousting and sword fights. Some peasants got murdered and their house burned down. A princess was saved from burning at the stake. A man was knighted by a bishop, but he turned out to be a villain. And there were freedom fighters who helped the heroes, who as near as I could tell were star-crossed lovers of a sort. Characters fought and died, and gave impassioned speeches and defected from one side to another.

I must say, you don’t need to know the language to understand the knights fighting and betraying each other. It could’ve used more explosions, but that’s true of all entertainment in my mind.

It was a dim, cloudy, cold, overcast day:

And because of that dimness, and the distance we were from the action (we were in the cheap seats), please excuse the blurriness and the occasional (very un-medieval) speaker that gets in the way of the shot.

The real stars of this show, at least to my dad and I, were the knights. These men knew how to handle their animals, and the horses were clearly well trained. The armor and livery were all impressive as well. 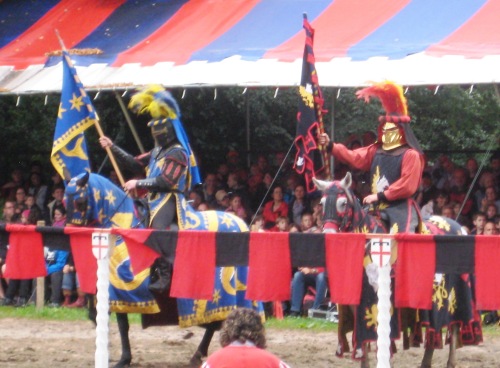 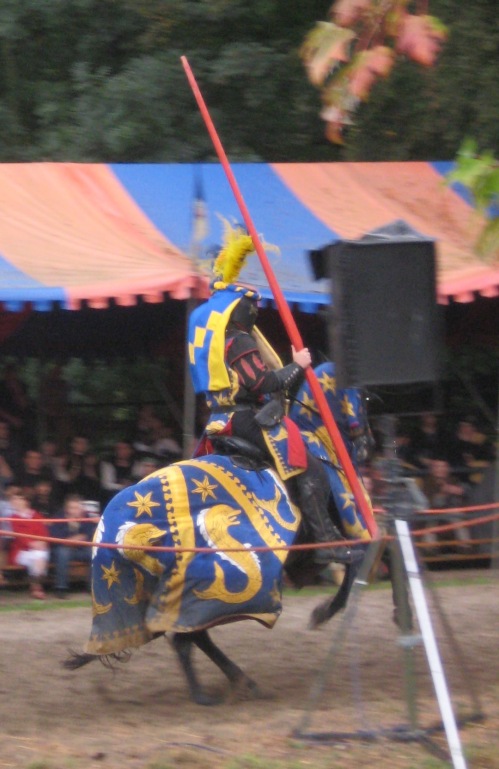 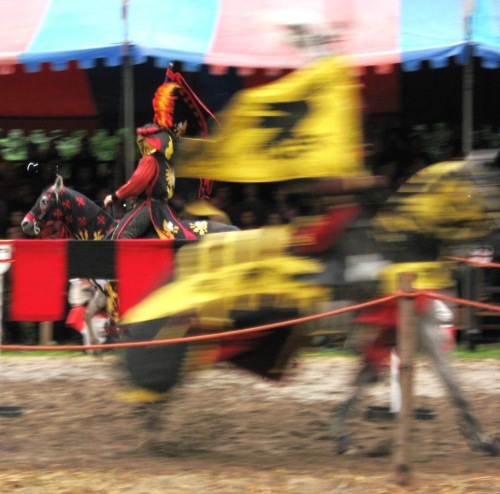 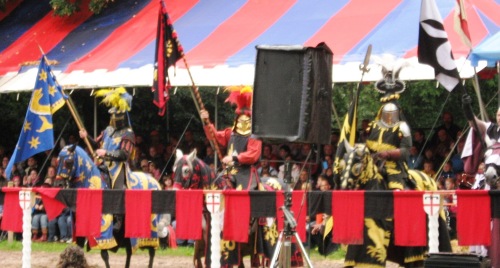 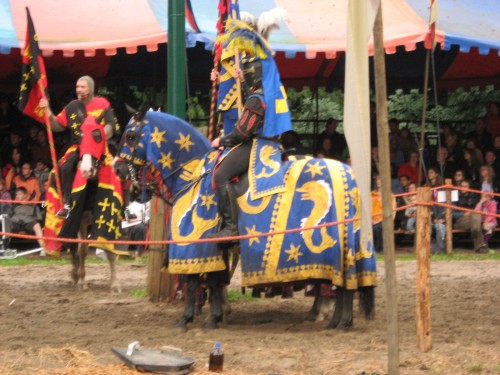 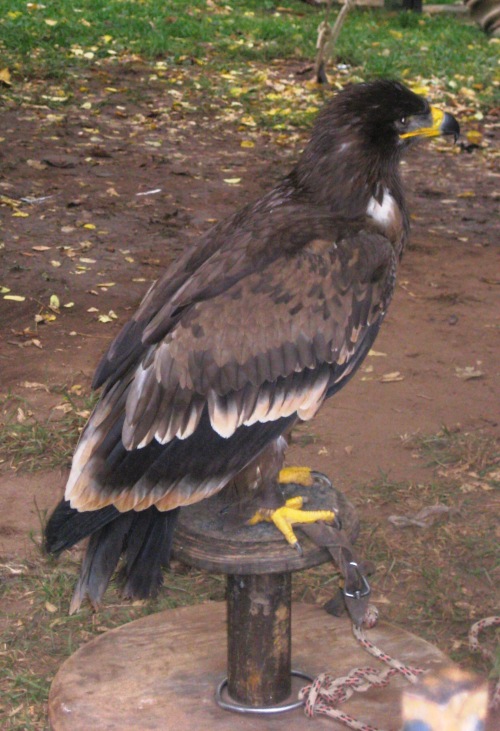 Of course, after all that excitement, I had to cool down with a little of King Ludwig’s brown.